The Murmichan, a wicked Scots fairy and a fitting name for the first Scottish absinthe.

The name absinthe conjures visions of earless artists and green fairies and no other drink has such an infamous history or a cult like following. From its beginnings in Switzerland during the late 18th century to its bans spurred by the temperance movement during the early 20th century absinthe has been loved by bohemian greats and vilified by others.

Murmichan is produced in a traditional manner using natural botanicals for both flavouring and colouring.

Murmichan is crafted with water from the ancient Pannanich Wells in the Cairngorms. The Wells were first mentioned by the Knights Templar in 1245 as they travelled through the Deeside Valley. Famous for its healing properties the Wells were a favourite of Queen Victoria who wrote passionately about them in her Highland Journals.

Nosed at bottle strength (64% abv) a waft of aniseed immediately makes this spirit unmistakable. Upon further exploration there are sweet notes. The mint and honey come through in time, and the citrus notes of the lemon thyme linger on the nose.

Tasted at bottle strength (64% abv) it surprisingly mild compared to many absinthes. The honey sweetness compliments the wormwood’s dry, crisp flavour. Each sip reveals something slightly different. Simply divine to sip and savour, much like a whisky. Also like a whisky, a small drop of water opens up more sweetness. A citrus tang is certainly more evident upon dilution.

Murmichan is perfectly suited for traditional servings with cold water dripped slowly through sugar. After a long day this is a lovely way to unwind and lose yourself in the beautiful ritual as your drink transitions from a golden green to a milky opal white. The recipe takes this style of consumption into account and while the flavor is far milder, it still holds up to heavy dilution.

Many whisky drinkers are familiar with cask strength whiskies, and understand that even at very high strengths a spirit only needs a small amount of cold water to be opened up and have its bold and complex flavors revealed. Murmichan is no different. If sweet and refreshing is not what the mood calls for, Murmichan does well sipped slowly like a whisky, where its full complexity can be appreciated and savoured.

Nosed at bottle strength (64% abv) aniseed and fennel dominate the aroma, but with the addition of just a few drops of cold water a vegetal and herbal complexity emerges. Lemon thyme and mint shine through supported by floral and earthy notes.

Tasted at bottle strength (64% abv) strong aniseed is dominant instantaneously but fades to a bright and citrusy fennel with a long bittersweet finish. The slick bitterness coats the tongue, but lacks astringency or harshness. 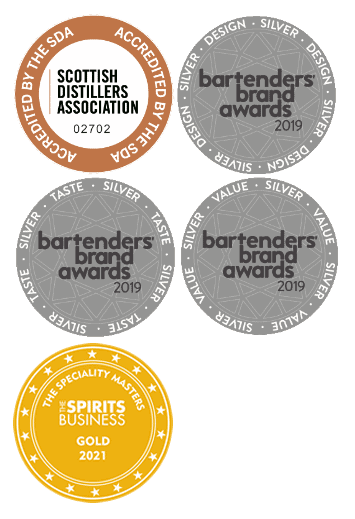