A wee dram with…

If you’ve visited Lost Loch Distillery over the last year, or have been on one of our experiences – Lost Loch Live, Lost Loch Spirit School or a Tour & Tasting – you would have met Jan, Lost Loch Spirits Tourism & Hospitality Mnager.

Its almost been a year since Jan started here at so we thought we’d have a wee dram with her to find out what it’s like to swap weddings for gin.

At the beginning of 2020 I had a varied portfolio of contracts, including journalism, PR, hotel awards judging, community greengrocer, and events, predominantly big, boozy, ceilidh-frenzied weddings – remember them? I’ve always enjoyed variety and change and haven’t looked back since becoming my own boss in 2012, thriving on the freedom to accept anything interesting and different that came along.

And then something completely unexpected came along, a pandemic.  Almost everything I had in my diary was cancelled or postponed…and then cancelled anyway. Like most people I was a bit stunned by the enormity of it all, and the shrinking of my previously unlimited world. After four months though, I realised this wasn’t something that was temporary or easily fixed, so started applying for jobs. Which wasn’t as easy as I thought, and it’s interesting how quickly your confidence starts draining away after a few rejections.

Which brings us to Lost Loch, one day I just saw this guy on a Facebook post, walking around inside a distillery saying come and chat to us if you think you’ve got what we’re looking for. I’d heard of Lost Loch, but only vaguely, and they were looking for two people, a Tourism & Hospitality Manger to run the tourism side of the business and one for a distillery assistant, helping with bottling, labelling etc. In November 2020 I first met Pete Dignan and Rich Pierce, the co-owners of Lost Loch Distillery – two guys passionate about all things distilling who had started the business in 2017 on site at the Deeside Activity Park near Aboyne.

Since the day they asked me to join them, I’ve learned all about the beginnings and inspiration behind the local enterprise, which I convey to visitors through our tours and tastings, and the basics of distilling (I cannot actually believe I’m doing a job which involves science and maths) which I use when hosting our Spirits Schools, an experience where you spend a day creating your own gin, vodka, rum or absinthe. Yes absinthe, one of our claims to fame is that the distillery created Scotland’s first absinthe in 2017 – it’s called Murmichan, which is an old Scots word for a wicked fairy.

I also help with bottling, research and development, and recently started to develop a botanical identification walk as an add-on to the tours, which we will offer properly from May next year.

It’s been a steep learning curve, but I enjoy every minute of my new role. I get to meet new people all the time, and I’m constantly learning more about distilling and what makes the distillery tick. Helping with bottling and finishing our products and the many spirits we help create and bottle for others gives me a great sense of job satisfaction too. We’ve also started to plan and deliver a series of live events in the distillery, called Lost Loch Live, which is exciting. 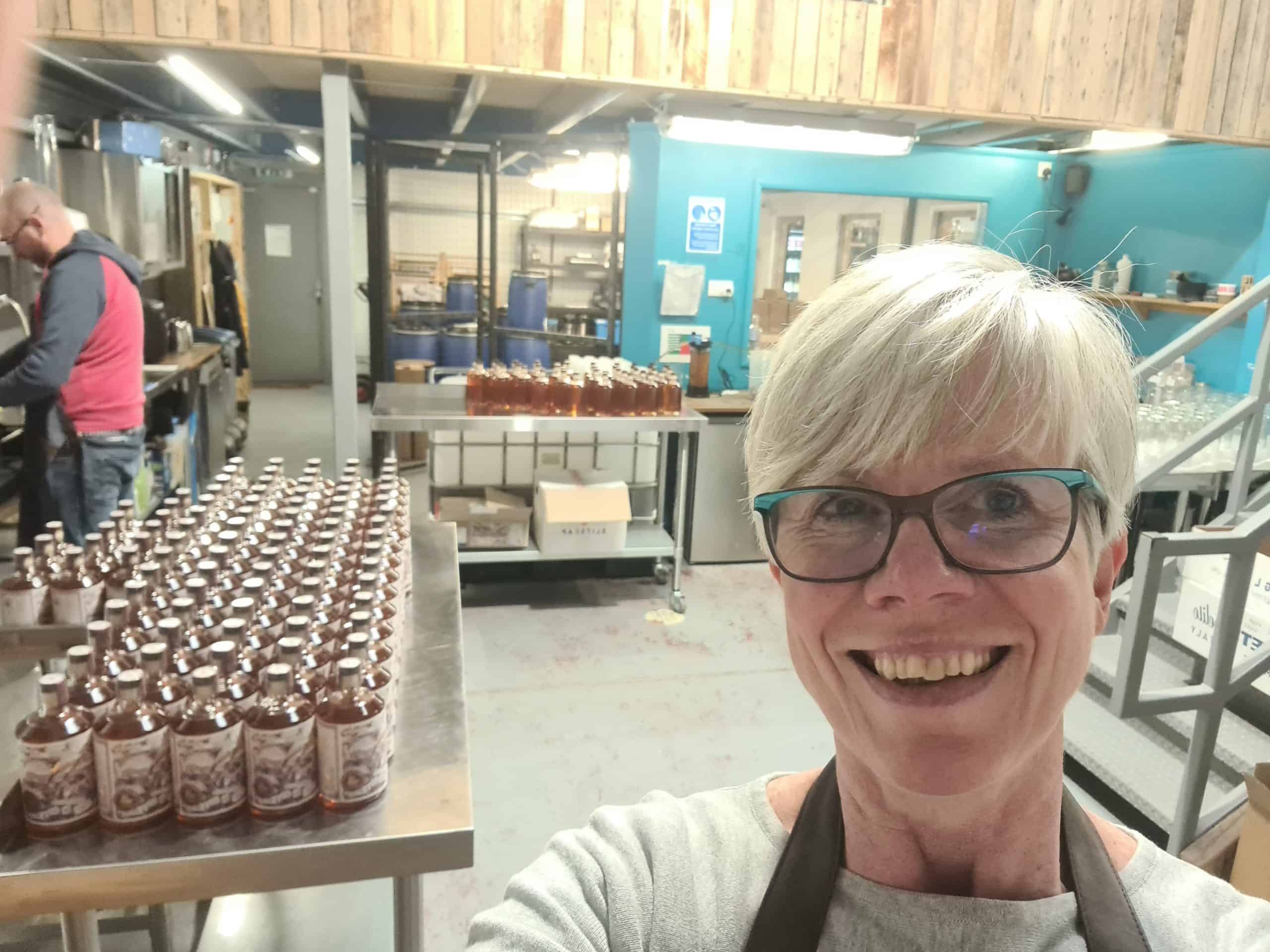 I don’t suppose anyone is where they saw themselves 18 months ago, but without world events taking the turn they did, I wouldn’t have taken the leap into another industry, and I’m so glad I did.